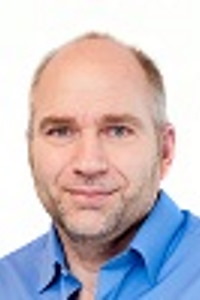 Klaas has an extensive background in innovation management, with an emphasis on identity, mobility and security. He oversees GÉANT's Trust & Identity activities and Community Programme and manages the T&I, Partner Relations and Research Engagement teams.

Before becoming GÉANT Chief Information & Technology Officer, Klaas acted as GÉANT Community Support Officer. Before joining GÉANT, Klaas was a senior consulting engineer and identity architect at respectively Cisco Systems' Research and Advanced Development group and Cloud Infrastructure Services group. Before that, Klaas was an innovation manager and manager of Middleware services at SURFnet, the Netherlands NREN. There, Klaas built the first generation of federated identity systems at SURFnet and was the creator of the eduroam service for WiFi roaming in research and education.

In 2012 Klaas was the recipient of the first GÉANT (then TERENA) Community Award for creating eduroam. Klaas served as chair of the GÉANT Task Force on Mobility for more than 10 years, as chair of the IETF
Abfab working group, as a member of the IETF Security Directorate and as a TNC prgramme committee member and chair.

Klaas is (co-)author of 'Building the Mobile Internet' (Cisco Press, 2011) and 'Wireless Networking in the Developing World' (2013), as well as three RFCs. He also holds five US patents.

In September 2019 Klaas was inducted into the Internet Hall of Fame in recognition for his invention of eduroam - the global Research and Education WiFi roaming service.