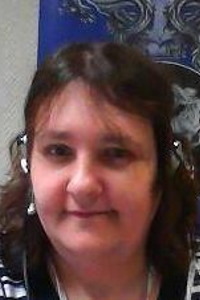 Dr. Patricia Mergen is currently Liaison Officer and LEAR for the European Commission at the Royal Museum for Central Africa, Tervuren Belgium. She is since 2016 sub-contractor of the Meise Botanic Garden to act as liaison Office (currently 80%). She is the promoter for Flanders of the implementation of the ESFRI infrastructure DiSSCo (Distributed System of Scientific Collections) She is also mentor for the Global Biodiversity Information Facility (GBIF) Biodiversity Information for Development program (BID). Until end 2013 she was head of the Biodiversity Information and Cyber-taxonomy services of the Africamuseum, where she started in 2005 as responsible for external relations and project management.

Her main domain of expertise is fund raising and management of externally funded projects. She has also a long term experience in Biodiversity Information and especially in the domain of data standards and associated applications. Scientific expertise is in numerical ecology and statistical modelling and data analysis.

Patricia Mergen holds a Ph.D. in Biological Sciences from University of Namur in Belgium since 2002 with topic “Distribution of fish populations in Reservoir lakes”. In 1999 she received a Diploma of Specialisation (DEA) in Freshwater Ecology and has a License in Biological Sciences from the University of Namur in Paleo-ecology (Study of fossil corral reef in the stone quarry of Tailfer, Belgium).

From 1996 to 1997 she was scientist at the University of Namur and responsible for the study of freshwater fish populations in the Walloon Region. From 2002 to 2005 she set up the Belgian Biodiversity Information Facility (Be-BIF), of which she was the manager, at the Free University of Brussels. Since 2004, Patricia Mergen served regularly as an independent expert for the European Commission.

She was from 2009 to 2015 General Secretary of the Biodiversity Information Standards (TDWG). Currently she is the European Representative and Chair of the Time and Place Committee within their executive board.
From 2010 to 2016 member of the executive Committee of CETAF (Consortium of European Taxonomic Facilities, having had the position of Executive Secretary in the last 4 years). From 2012 onward she sits in the Global Team of the Catalog of Life She is in the governing board of the Royal Belgian Zoology Society of which she has been president for (2007 to 2008 member since 1999. She is member since 1997 of the Belgian Committee of International Water Association (B-IWA) and currently Vice chair of their governing board. From 2002 to 2005 she was a member of the Belgian Delegation of the GBIF Governing Board, the Nodes Committee and the GBIF DADI (Data Access and Data Integration) subcommittee.