The Deed of Incorporation of the EOSC Association was signed on 29 July 2020, a major milestone for the EOSC community carried out by the four founding members (CESAER, CSIC, GÉANT and GARR).

A Bylaws Drafting Group was created by mid-August, featuring experts from the organisations that had expressed their interest in joining the EOSC Association at an early stage. This group of volunteers is currently drafting and editing of the Bylaws to be adopted at the first inaugural General Assembly.

This provisional admission as a member will allow representatives of organisations to run for the elections of the President, Vice President, Treasurer and the Directors during the first inaugural General Assembly by the end of 2020. The arrangements for the appointment of the Secretary General and Secretariat will be agreed during the inaugural meeting as well.

As of now, already more than 80 organisations from 30 countries have expressed their interest in joining the EOSC Association, and about half of them are research performing organisations such as universities or research infrastructures. 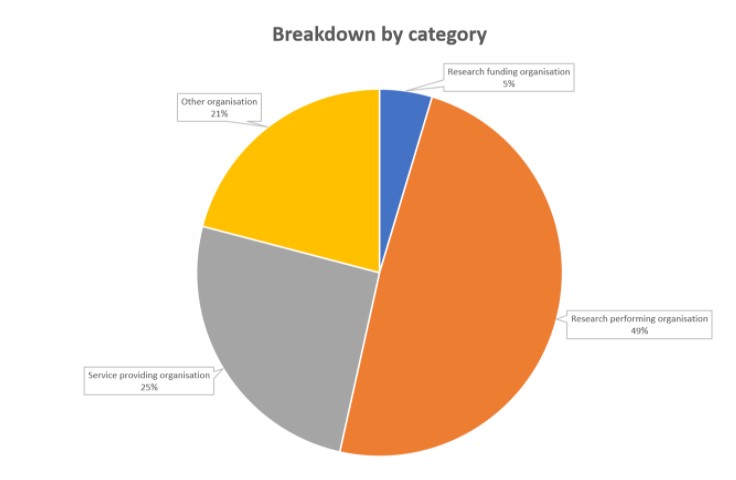 The fees and budget for 2021 will be offered for adoption at the inaugural General Assembly, as soon as there will be a clearer sense of the scale of membership and running costs for the EOSC Association.

In order to progress your membership at this early stage, please provide the requested details via the online application form. Applications received until 30 September will be taken into account for the preliminary admission by the four founding members in the first round. Applications filed thereafter will be considered for admission in later rounds.

Please find the EOSC Association Statutes at this link

Boosting the uptake of FAIR data principles in Europe: get to know FAIRsFAIR tools